Sale Sharks have named their squad to face RC Toulon in their opening Heineken Champions Cup fixture of the 20/21 season.

The Sharks coaching set-up make three changes to the match day 23 that beat London Irish last Sunday, with newly appointed Head Coach Paul Deacon stating that preparations have continued as normal during his first week in charge at the club.

Bevan Rodd’s inclusion as the starting loose-head prop is the only change to Sale’s pack this week, with Akker van der Merwe and Will-Griff John remaining in the front row for the Sharks trip to France. James Phillips and Matt Postlethwaite pair up in the second row with Cobus Wiese, Jono Ross and Jean-Luc du Preez in the back row at six, seven and eight respectively.

Will Cliff will wear the number nine shirt as Sale get their first taste of European action this season, the experienced premiership scrum-half teams up with USA international AJ MacGinty who starts at fly-half.

Sam Hill returns to the Sharks match-day 23 of the first time this season. Hill is named at inside centre with Robert du Preez providing a further distribution option outside him in the thirteen shirt. Marland Yarde, Simon Hammersley and Luke James combine again in the back three to complete the Sharks starting fifteen.

Ross Harrison is included in the Sale squad for the first since time since picking up an ankle injury versus Northampton Saints last season and provides a welcome boost to the Sharks front-row options ahead of their European Campaign. Faf de Klerk, Sam James and Denny Solomona are other notable inclusions on the Sale replacements bench. 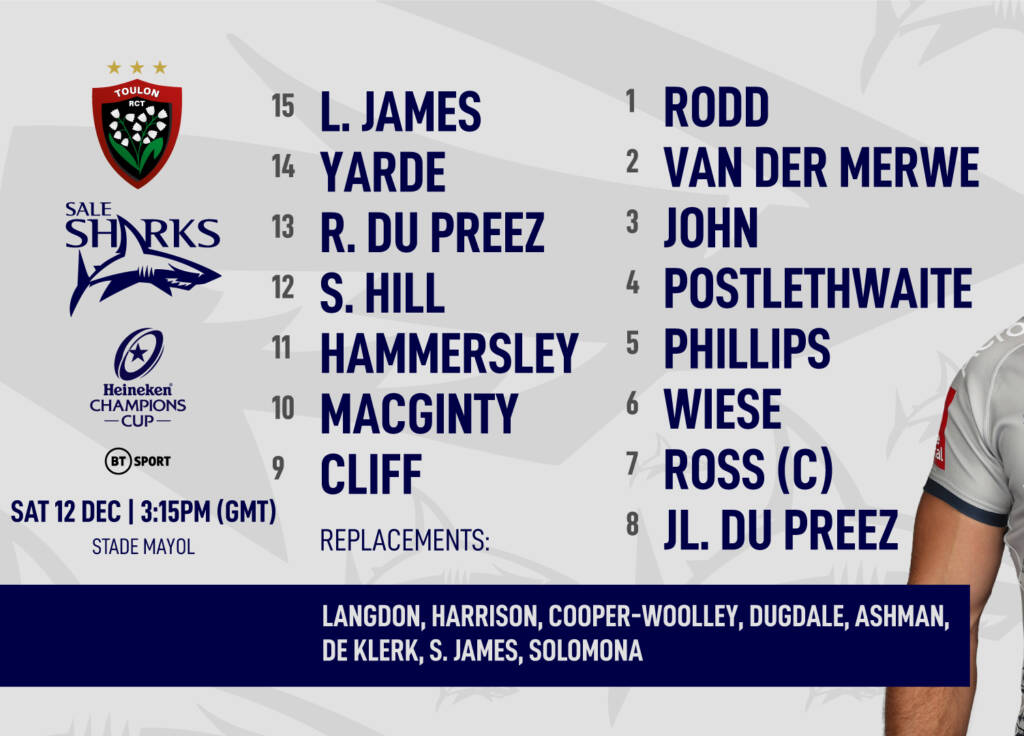