Sale Sharks has signed up to new partnerships with a duo of luxury Manchester brands for the 2021/22 Gallagher Premiership season and beyond.

Salford-based Marc Darcy will keep Alex Sanderson’s men looking good off the pitch as the club’s official suit provider for the next three years.

And Altrincham jeweller David. M. Robinson’s logo will take pride of place on the sleeve of the club’s new Macron shirt for the 2021/22 and 22/23 seasons.

Sale Sharks CEO Sid Sutton said: “We want our players and staff to look good and feel good off the pitch as well as on it, so we’re delighted to welcome Marc Darcy to the Sharks Family.

“David. M. Robinson have been huge supporters of the club for a number of years now so it’s brilliant to formalise the agreement and get their logo in such a prominent location on the shirt.

“Our community is at the heart of everything we do, and so partnerships with two companies based so close to our stadium in Salford is fantastic news for everyone at the club.” 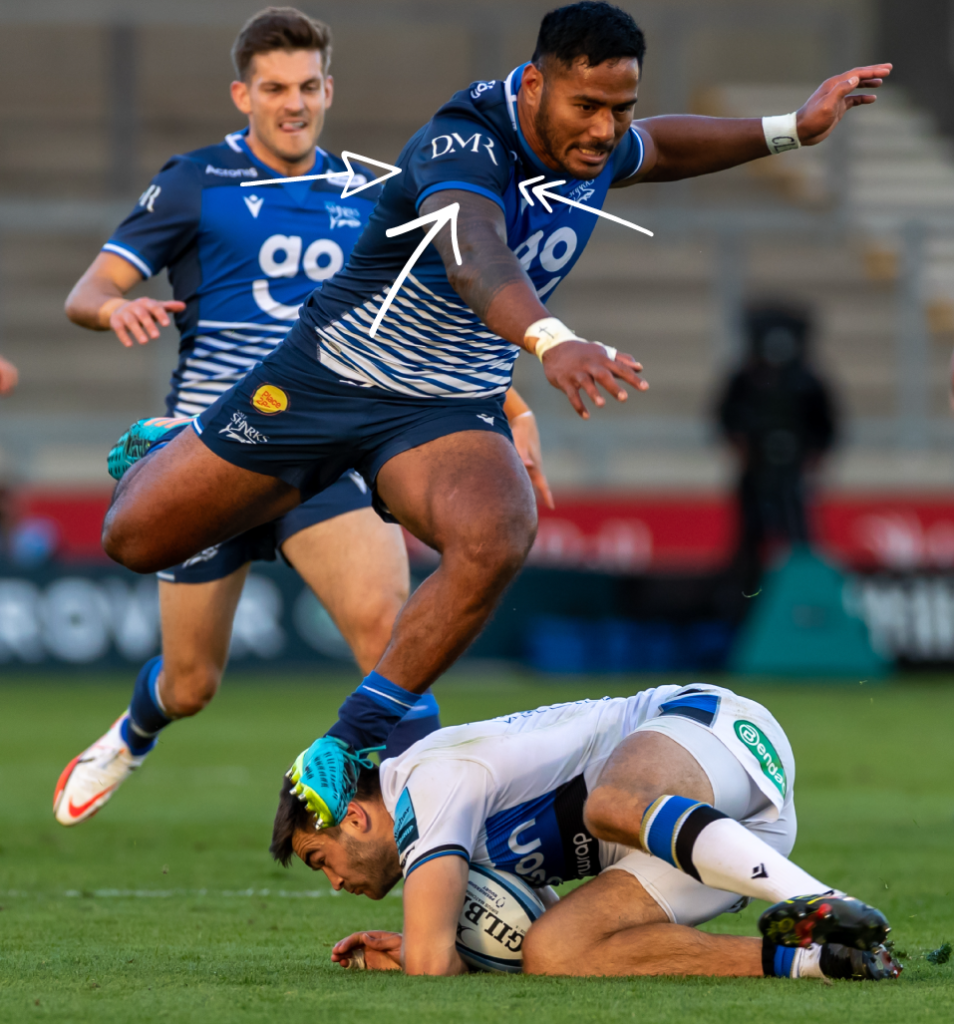 Sharks first-team stars will be kitted out in luxury three-piece Marc Darcy suits ahead of Gallagher Premiership games as well as for official club functions as part of the multi-year agreement.

And club commercial staff will also wear the brand’s clothing in hospitality suites at the AJ Bell Stadium on matchdays.

Marc Darcy Creative Director Karen Johal said: “We are thrilled to be announced as Formalwear Partner of Sale Sharks, a club close to home, part of our community and which shares the same values that we do as a company.

“We have received the warmest of welcomes from the club and look to strengthen our relationship with them as the season progresses.”

David M Robinson proudly claims the North West as home having been founded in Liverpool in 1969, now welcoming clients to showrooms in Manchester, Altrincham, Liverpool and Canary Wharf.

As well as placing DMR in a prominent position on the Sale Sharks shirt, the brand will be featured in additional advertising around the AJ Bell Stadium and at club events.

John Robinson, Managing Director at DMR said: “It’s a privilege for DMR to be officially teaming up with Sale Sharks for an exciting new season.

“We have enjoyed a long-standing relationship at all levels of the club from directors to players and we have always wanted to formalise the relationship through our sponsorship – having our name on the shirts binds us together.

“We cannot wait to be back amongst our friends in the AJ Bell Stadium and we wish everyone connected with club every success this year both on and off the pitch.”