The Sharks make six changes to the XV that started against Exeter ahead of their meeting with Gloucester in round three of the Allianz Premier 15s.

After a tough outing at Sandy Park, the Sharks have named a refreshed outfit to face Gloucester-Hartpury on home turf this Saturday.

With Captain Beth Stafford failing an HIA earlier in the week, the mantle of Captain passes to Mhairi Grieve, whose 9-10 axis with the indominable Katy Daly-Mclean continues.

Replacing Stafford is Molly Morrisey, the newly arrived second-row already earning her second start of the season. England international Hannah Field start at 8 and is named as Vice-Captain.

Flanker Vickey Irwin is also out for a failed HIA. Replacing her is Georgie Perris-Redding, who dons her open-side jersey, with Lucy Winter slotting in on the blind.

Other changes include Alex Wallace for Jess Kavanagh who has a knee niggle, Alicia Carlton for Laura Perrin at inside-centre, and Molly Kelly for Scarlett Fielding at hooker.

Keep an eye out for our two new American signings – Nick James and Catie Benson – who both start on the bench. 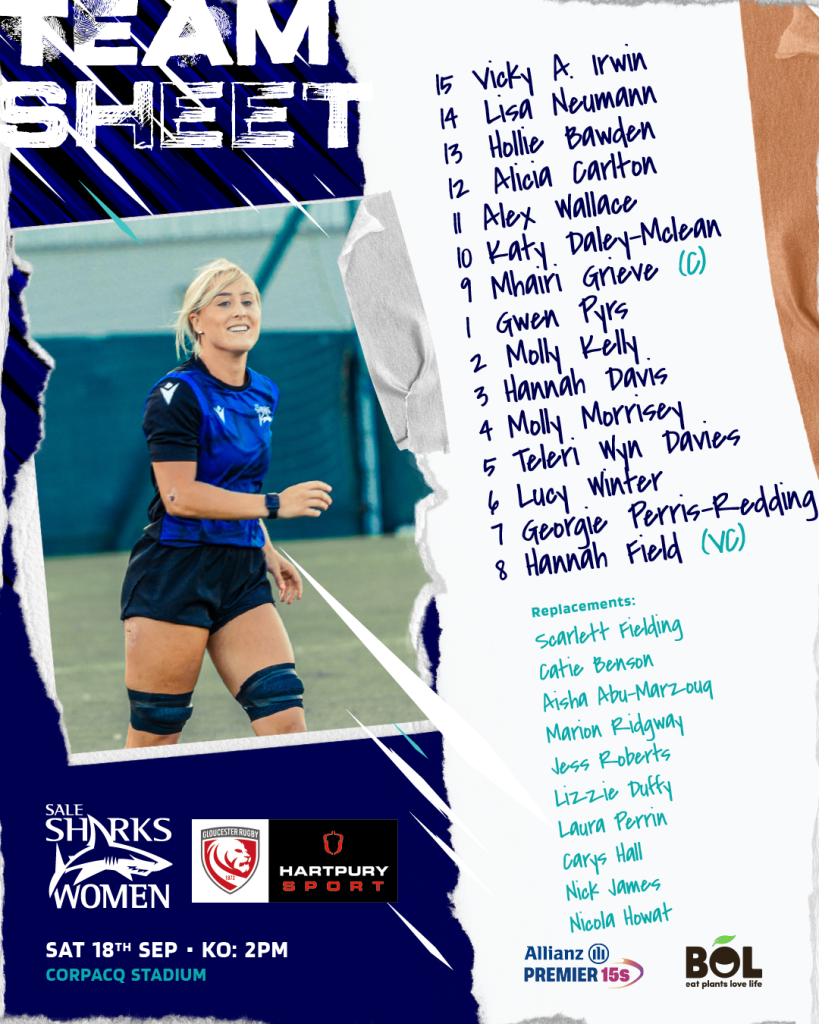