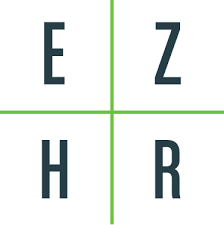 Scrum half Raffi Quirke exploded onto the Premiership scene during the 2020/21 season, becoming the youngest Sale Sharks scrum-half in the league’s history when he made his debut against Harlequins at the age of 19.

The electric half-back nearly scored almost immediately after coming on as a replacement and his form quickly led to international recognition as he received a call-up to Eddie Jones’ England squad for the 2021 Autumn international series.

He scored his first England try in the win against South Africa at Twickenham on November 20, 2021.

Described as being ‘as North West as Coronation Street’ by the Daily Telegraph, Chorlton-born Raffi played his junior rugby at Broughton Park Rugby Club before joining the Sharks Academy.

Raffi has represented England at U18 level, and was selected as part of the England U20 squad for the 2021 Six Nations although he was forced to pull out of the squad through injury.

Full recognition followed the following Autumn and after scoring his first international try, Raffi declared it was ‘the best day of my life.’

Sharks Director of Rugby Alex Sanderson sees no reason why his young scrum half can’t go on to have a successful career at club and international level.

He said: “He’s a star in the making isn’t he? If we look after him, and this is England as well, he’s got a very long, bright future ahead of him.”

Three words that describe me are...

If I wasn't a rugby player I would be...

My go to takeaway order is...

My main interest(s) outside rugby is/are

Cooking, barbering, coffees with the boys, anything that involves the outdoors

My favourite away stadium to play at is...

My sporting hero is...

My favourite gym exercise is...

My favourite film is...

My favourite thing to do in the north is...

Jumping in wild pools in the peaks