Sale Sharks have named their side to face Newcastle Falcons in round two of the Gallagher Premiership. The Sharks visit Kingston Park on Friday night for the first time since 2018 after last season’s showpiece event at St James’ Park. – Kick-off 7:45pm live on BT Sport 1.

Steve Diamond’s makes just one change to his starting fifteen with Jono Ross a late omission due to illness. The Sharks captain is replaced at blind-side flanker by Jean-Luc du Preez, with James Phillips moving into the second row in place of the Springbok. Ben Curry captains the side in Jono’s absence.

Russian international Valery Morozov joins Springbok’s Akker van der Merwe and Coenie Oosthuizen in an identical front row to that of the first game of the season. James Phillips steps in to the second row alongside Cobus Wiese as Jean-Luc Du Preez joins his broth Daniel and Ben Curry in an exciting Sale back row.

The Sharks back division is in full force again in round two, with World Cup winning scrum half Faf de Klerk and USA international AJ MacGinty keeping their roles at half-back, with Rohan Janse van Rensburg and Sam James providing plenty of options outside them.

After an impressive performance in round one of the Gallagher Premiership, Simon Hammersley heads north to take on his boyhood club on the wing alongside Denny Solomona, with Luke James keeping the 15 shirt for Friday’s match. 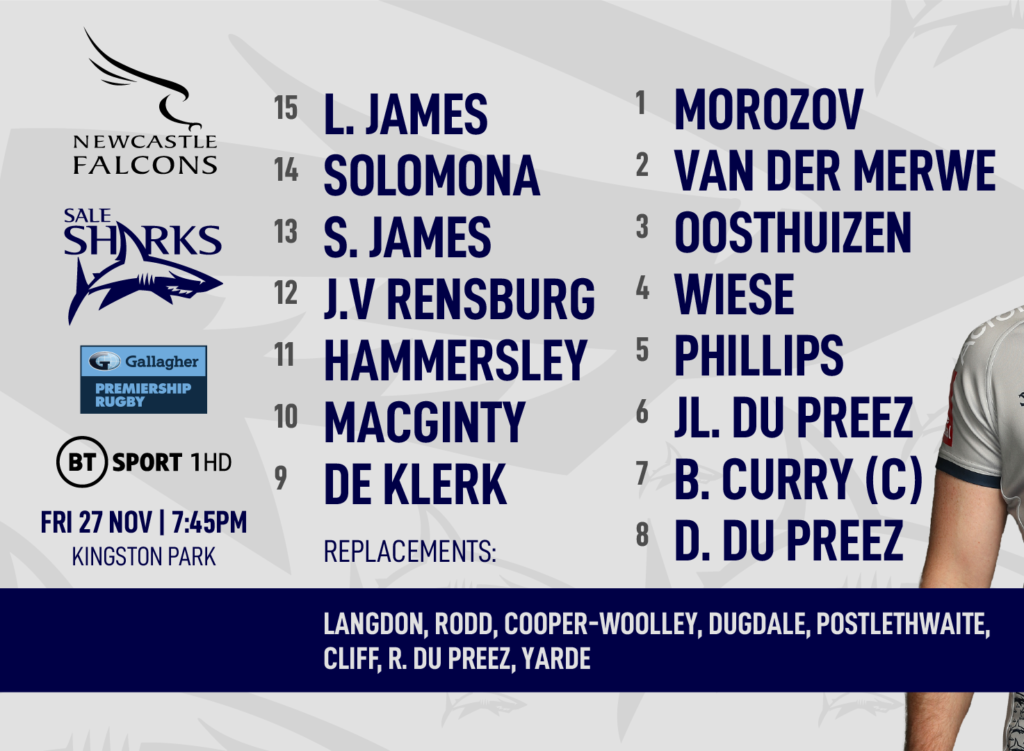