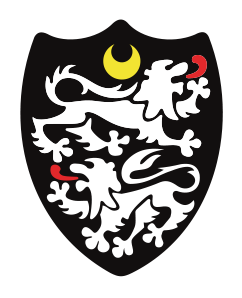 Sale Sharks scored six tries as they eased past north west rivals and Championship newcomers Caldy in front of a packed out Paton Field.

Sale star man Ben Curry says there is much to work on but was pleased with the overall performance, especially his side’s potent attack.

He said: “Caldy were amazing tonight, they provided a real test but you’ve got to do a lot of good stuff to get to 40 points. There’s definitely a lot to work on but it was a great first half.

“I thought everyone did really well and a lot went right for the team. It was nice to get a try in the first 30 seconds by Tom Curtis, who’s playing really well, so it was great to see him get on the scoresheet.”

The visitors made a dream start to the local derby as Curtis crashed over to score after Caldy dropped the kick off resulting in a Sale five metre scrum and the flyhalf was on hand to finish off at first receiver.

After a bout of pressure inside the Caldy 22, Sale’s backs showed their class as a well worked move sent Connor Doherty over.

The Sharks scored their third try inside 15 minutes as they shipped the ball through the backs well and Sam James was on hand to execute a perfect two on one to send Tom Roebuck in to score.

The Premiership side continued their first half dominance as Matt Postlethwaite picked from the base to go over for a close range pick and go try.

Off a line out on the edge of the Caldy 22, Ben Curry peeled off the back before Gus Warr produced a great inside pass to send Roebuck through to secure his brace before half time.

In a largely uneventful second half full of passages of kick tennis, Sale spent most of the first quarter defending their try line as a resilient Caldy looked to open their try scoring tally.

And against the run of play Sale scored their sixth try courtesy of Byron McGuigan’s crossfield kick into Connor Doherty’s hands.

Caldy scored a late consolation try through Rhys Hayes after working the ball well downfield picking their gaps through the Sharks defence to send the passionate home crowd on the bank into a frenzy.